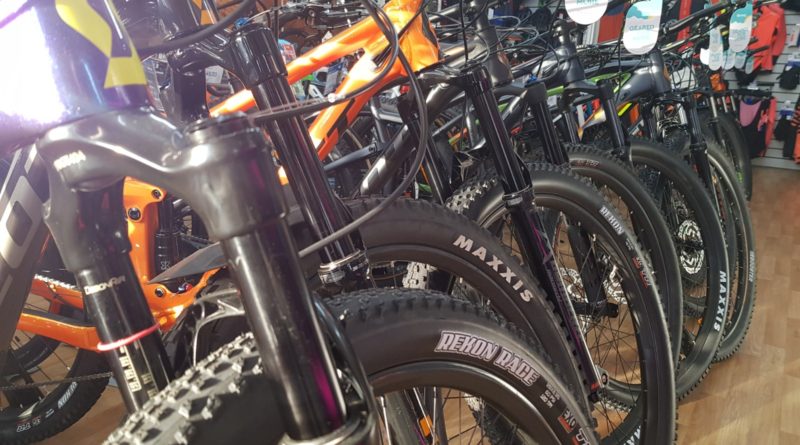 Why Buy an Electric Bike?

It’s not uncommon to hear people say it’s cheating or it makes you lazy. In reality, it’s the opposite. Many electric bike owners will ride their bike much more often than they would have without a motor. This is because some of the barriers to riding are removed when you have an electric bike. You can go further and ride harder routes than previously possible. A recent study showed 81% of e-bikers, ride at least once a week which is much higher than on a standard bike. There are therefore a lot of benefits of buying an electric bike.

Here a list of benefits of buying an electric bike:

How Do Electric Bikes Work

So how does an electric bike work? As luck would have it riding an e bike is very similar to riding a standard bike. When you start to pedal the motor kicks in and provides additional assistance at the chosen power level. Most bikes have 4-5 power levels. With power levels ranging from 50-820% assistance depending on the equipped motor. It is also possible to ride the bikes with the power level set to off. One of the other benefits of buying an electric bike is that if you want to work harder you can turn the power down.

Electric bikes tend to have 2 main motor types. Crank driven or hub drive. Generally, crank driven or mid-drive motors are regarded as the best type of motors as they give the bike better balance and tend to be smoother and more efficient than hub motors which tend to deliver the power quite forcefully.

The most popular motors are crank driven which are for people who want a more refined ride and intend to use the bike regularly for longer distances. The newton meters (Nm) of torque outputted by the motor is the best way to work out the power rather than the wattage. Typically in the range of 40-120Nm. All legal motors operate at a max wattage of 250W so using the motor wattage when considering performance isn’t really relevant as two 250W motors can deliver completely different amounts of torque.

When looking for a suitable bike consideration should be given to the terrain likely to be ridden and the distance it is likely to be used for. If it’s mostly flat or rolling a bike with 40-60 Nm would be ideal. However, for hillier routes, a bike with 60Nm and above may be more suitable. For example, the Bosch CX performance motor has a very punchy 75Nm.

Charging the batteries can normally be done on or off the bike and takes around 3-6 hours from completely empty. This depends on the battery size and charger supplied. Charging speed will be determined by the amperage of the supplied charger. A charger of 4A will charge a battery twice as fast as a 2A.

Quality batteries as seen on Bosch or Shimano systems will usually allow for 500-1000 full charges before the storage capacity levels start to tail off. This is plenty for most people, meaning the average user could get 8-10 years or more from the original battery without seeing much of a drop in performance. Typically batteries are in the range of 300-700 Watt-hours (Wh).

Its very important that if you run the battery flat that its recharged as soon as possible. If your battery is left flat for an extended period it might not recharge again.

Its also important to make sure your battery has 50 – 75% charge if its going to put on long term storage such as during winter. The battery will drain slightly on storage so it may be necessary to top it up during the storage period.

Some of the latest bikes available now have the option to run a 2nd battery which can be fixed to the frame. This means the total battery size can be increased to over 1000Wh, which is plenty even for a big day in the mountains. A nice option for those who suffer from range anxiety.

The range depends on many factors. Size of the battery, overall system weight, the power level being used, terrain, weather conditions, temperature, pedaling cadence, tyres etc. In practice on a route with some hills and a 500Wh battery, a range of 60-100 miles is quite possible.

Here are the laws for electric bikes. Electric bikes are limited to an assisted max speed of 15.5mph in the UK although this may increase in the future. To comply with the law the motor must not have more than 250W of continuous motor output. Pedals must be in use when assistance is being given. From 2015 electric bikes with throttle functions must not assist beyond 3.7mph. Any bikes falling outside these specifications would need to be registered, taxed and requires a license.

So if you have seen an electric bike with 1000 watt is going to be illegal in the UK.

How Much Do Electric Bikes Cost

How much you need to spend should be based on what you need from the bike. The old phrase that you get what you pay for very much applies to e-bikes. For a hub driven bike £800 – £1300 is a reasonable target price. For a crank driven hybrid or hard-tail mountain bike £1600 – £2500 gets a very good bike. Capable off-road full suspension e-bikes with a good spec go for around £3000 upwards depending on the specification.

We would strongly recommend against cheap electric bikes for sale that can be purchased on ebay or amazon. The main reasons for this are that electric bikes on ebay or Amazon will likely be from an online only seller who can’t provide any backup or even spare parts. The batteries on these cheaper bikes are unlikely to be branded and the source unknown. It’s very unlikely anyone local to where you live will be able to source a replacement rendering the bike unusable should it fail. There are of course some very reputable sellers on these market places. So it best to do some research to make sure they can back you up if needed.

If you can’t justify paying for an electric bike in one go, it would be worth checking with your company to see if they operate a cycle scheme. Most bike shops can help with finance for electric bikes to help spread the cost.

Where should I get my Electric Bike From

If there is a problem with your bike such as an issue with the motor or battery, it will need to be taken to the original supplier to be fixed. This could mean a long drive there and back as trying to post a large heavy e-bike can be quite difficult.

If you purchased from a local shop, it’s quite likely they can fix any issues in a few days. Usually, any warranty work is fixed at no cost. Any savings that may have been made by buying online will be quickly wiped out if an issue arises.

Its also a lot more convenient to take it back somewhere locally and you get the bonus of supporting your local bike shop who will end up putting a lot back into the area in local taxes and spending from employees. So when buying an e-bike we suggest buying from your local specialist dealer.

Which Electric Bikes are Best

The best electric bike for you is going to depend on what you want the bike to do and how much you are prepared to spend. Do you need a men’s or ladies electric bike. How far will you usually ride, what terrain will you be riding on, how aggressively do you ride? These are sort of question a good bike shop will ask you to help find the right bike for you

This article here goes into more details on the types of motors available and the different styles of bike available.

Electric bikes need maintenance like any bike. The same guidance applies that we give for any bike. Have a look at our guide here for cleaning your bike. We also recommend your bike gets a full strip down service at least every 6 to 12 months depending on usage. We offer a low cost care plan instore for electric bikes which includes firmware updates. Firmware updates are periodically released by the manufactures and can bring new features and updates to improve the operation of the bike.

What are the Downsides of Owning an Electric Bike

Electric bikes are awesome, but there are a few things worth considering that could affect you.

Electric bikes are here to stay and the technology has now caught up with consumers expectations of how an electric bike should perform. The benefits of an electric bike far outweighs the negatives. We expect to see a shift towards this type of bike. These bikes provide environmental benefits over other forms of transport and allow an individual to explore an area that might otherwise be inaccessible. This can give a fantastic feeling of liberation in the process.

So we hope that gives you some thought on the benefits of buying an electric bike. If you would like to find out more and try one out call into our shop.

Here’s a link to some of the electric bikes we have available to view in our Derby bike shop. 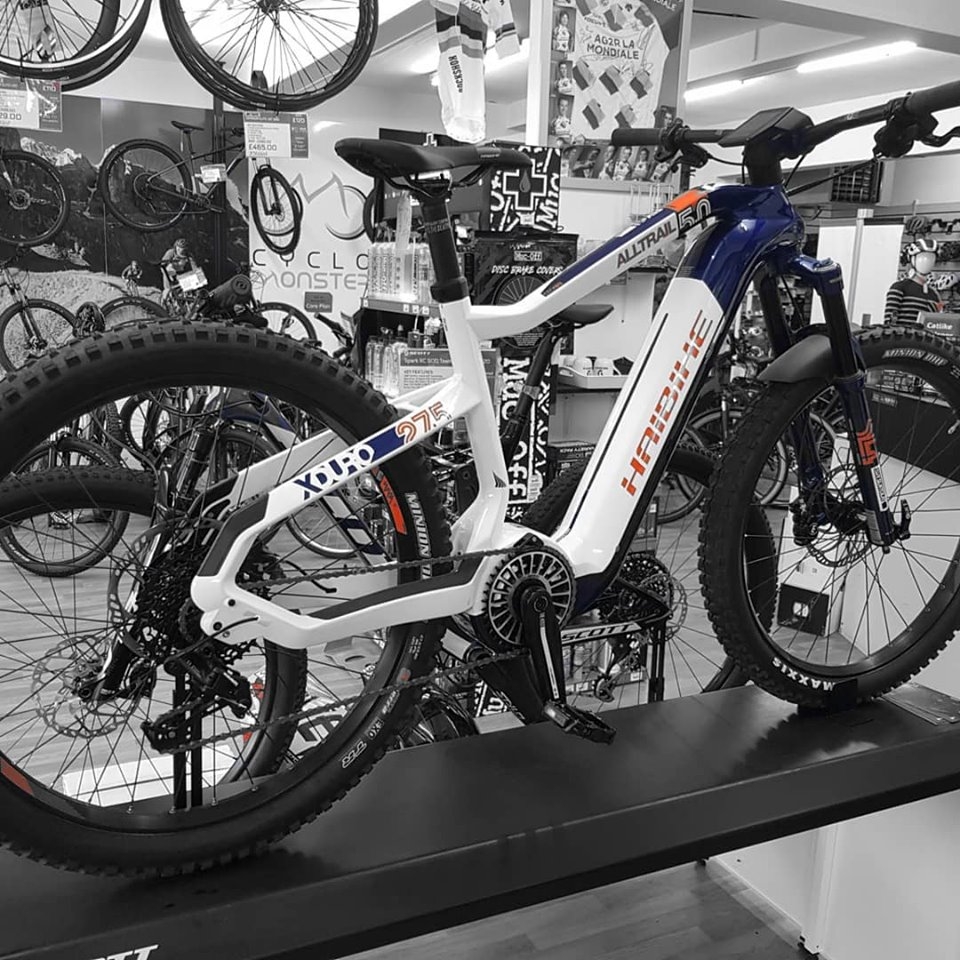 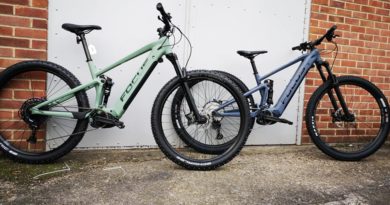 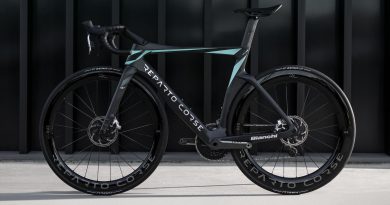 One thought on “Benefits of Buying an Electric Bike”

This site uses Akismet to reduce spam. Learn how your comment data is processed.

Always happy to see customers picking up their bik

NEW IN STOCK!!! MiRider one in the dazzling silver

great to see Paul picking up his super custom Scot

Have you checked out the Moda range of bikes? In t

have a look at the Scott Contessa Active 50. Ready

The Scott Addict is ready to get you ripping up th

Awesome to see Leon Haslam picking up his bike aft

ALL SANTINI HAS UP TO 35% OFF IN OUR JANUARY SALE.

ALL ALPINESTARS HAS UP TO 35% OFF IN OUR JANUARY S

ALL CHAPEAU HAS 50% OFF IN OUR JANUARY SALE. Have

Happy Christmas to you and your family from the Cy

Take your ride inside with an indoor trainer. with

Just in!!!! the Raleigh Motus hybrid Ebike is read

Just in !!! The Moda Molto gravel bike is built to

Have a look at the Scott genius 920 with an upgrad

We now stock the striking Moda bikes. Come look in

We stock a wide range of products and have great range of clothing and accessories available. Call in for a look and enjoy a brew whilst you look around.

Today we traded the last 2022 Cube Actionteam for one very happy customer!